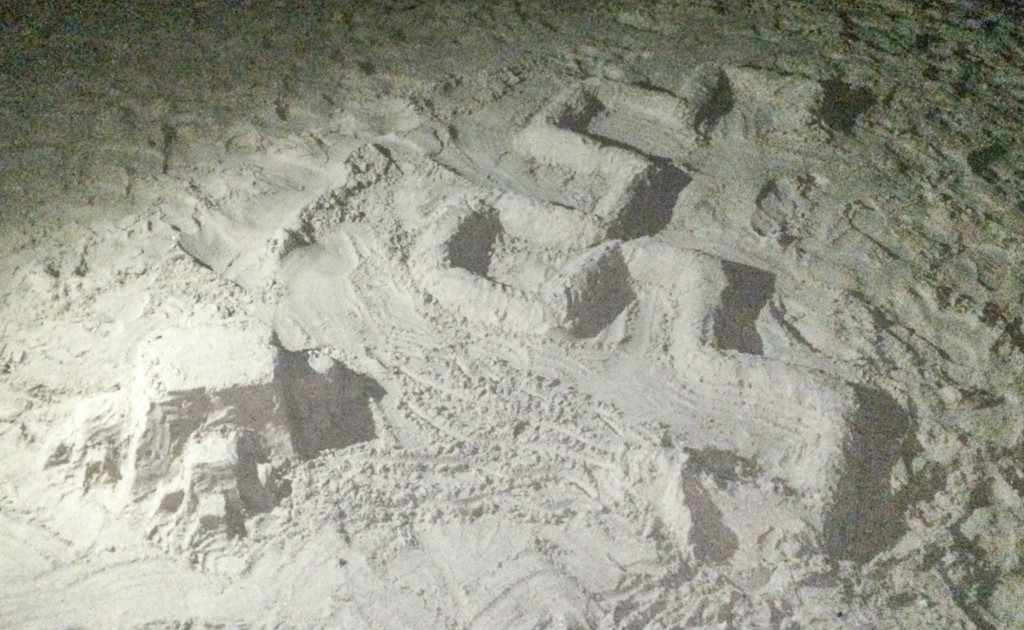 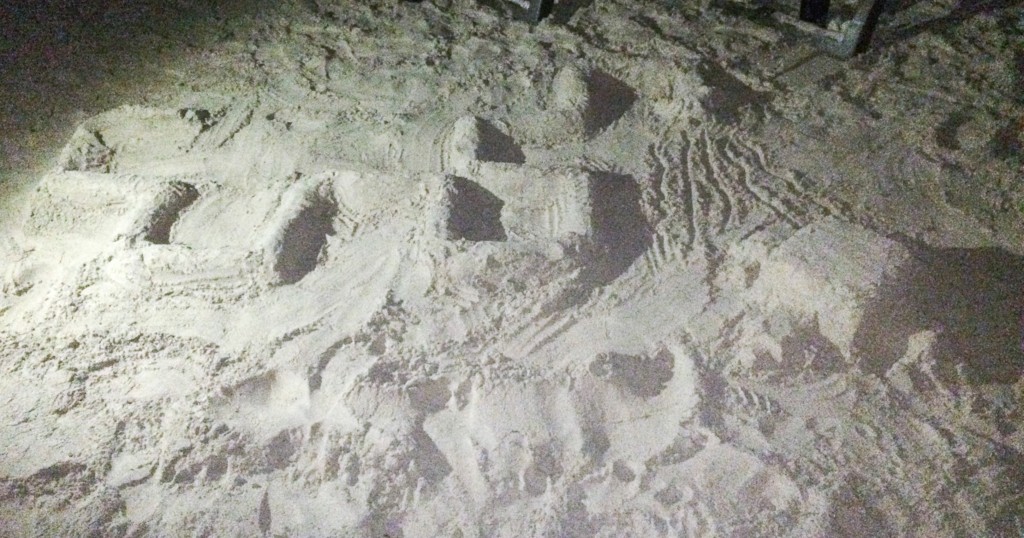 The dragon curve is a fun fractal that is easy to create by a variety of simple doodle games or simply by folding a strip of paper in half a bunch of times and unfolding it (my favorite construction). I’m not sure of a name for the sand castle fractal, but it’s fairly straightforward to generate – just keep adding smaller cubes off of the sides. 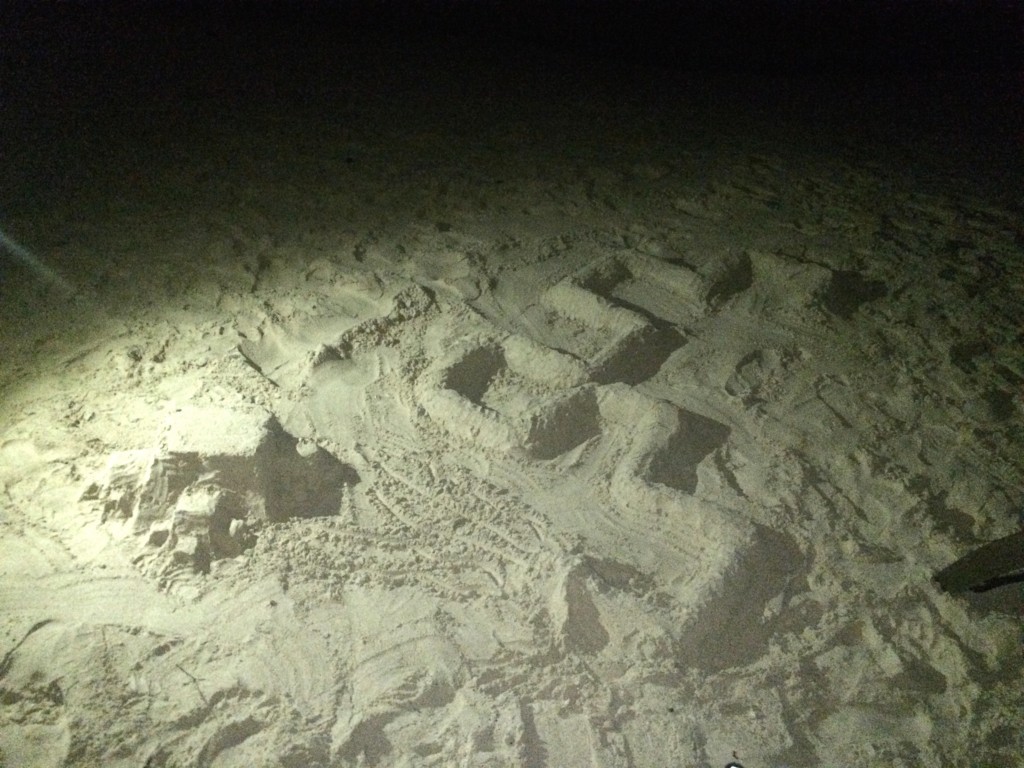 Finally, apologies for the picture quality. This sand castle was made at night (my camera works terribly in low lighting) and by morning it was already washed away. (or perhaps the dragon successfully burned down the castle and flew off?) Sometimes the transience of ephemeral art can be beautiful, and sometimes it’s just frustration.