I recently ran into the idea of styling single divs to get interesting effects, with the win that you can then just apply a single css class to a single html element to create re-usable shapes, icons, animations, etc. An impressive set of examples of this technique can be found here.

I immediately wanted to try it myself, and naturally started off with a subject that I am rather fond of – polyhedra. I wrote a css class that when applied to a div gives you an octahedron that rotates on hover (with appropriate lighting effects) without any Javascript.

Check out the JSFiddle here: http://jsfiddle.net/wtMrH/11/

is a remarkably entertaining game of making compass and straight-edge constructions made by Nico Disseldorp. The first few challenges are easy to construct, but later… pentagons!

The author also has some cute mathematical non-game web applications on his main page.

is not really my area of expertise, so I was excited to learn about the Silicon Chef Hardware Hackathon specifically targeted at women with little hardware experience. My friend Star Simpson, an awesome hardware hacker, was one of the mentors, so it was obviously going to be good.

Make Magazine wrote this nice article on the hackathon that includes this great picture of several members of my team, as well as the other pictures below.

True to the spirit of “Iron Chef”, each team was given an arduino starter kit and a “secret ingredient” revealed at the beginning of the hackathon that we were required to use. For this edition of Silicon Chef, the secret ingredient was an accelerometer or wind sensor.

My team didn’t really have any great project plans beforehand, and spent most of the first day learning about and fiddling with the arduino while discussing potential projects involving an accelerometer.

Eventually, we came to the conclusion that the most fun we could imagine having with our accelerometer was dropping it as quickly as possible, while it was encased in a phone that was continuously playing the nokia ringtone to make it shut up. There is definitely something appealing of just dropping an annoying phone. We gamified it by adding a screen that told you when to drop the phone and then let you know how long it took you to drop it.

On the whole, while I don’t feel like I became a real hardware hacker from participating in this hackathon, I did come away feeling a lot less intimidated by hardware hacking than I have been in the past. The next time that I have a problem that could be solved with hardware, I am much more likely to say “oh, I can do that”. And, to me, that makes the Silicon Chef hackathon a success.

is the premier conference on the intersection between Math and Art. This year, it was held in Enschede, The Netherlands. I presented a fun workshop paper on Flipbook Polyhedra and exhibited Seeing Stars in the art exhibition. 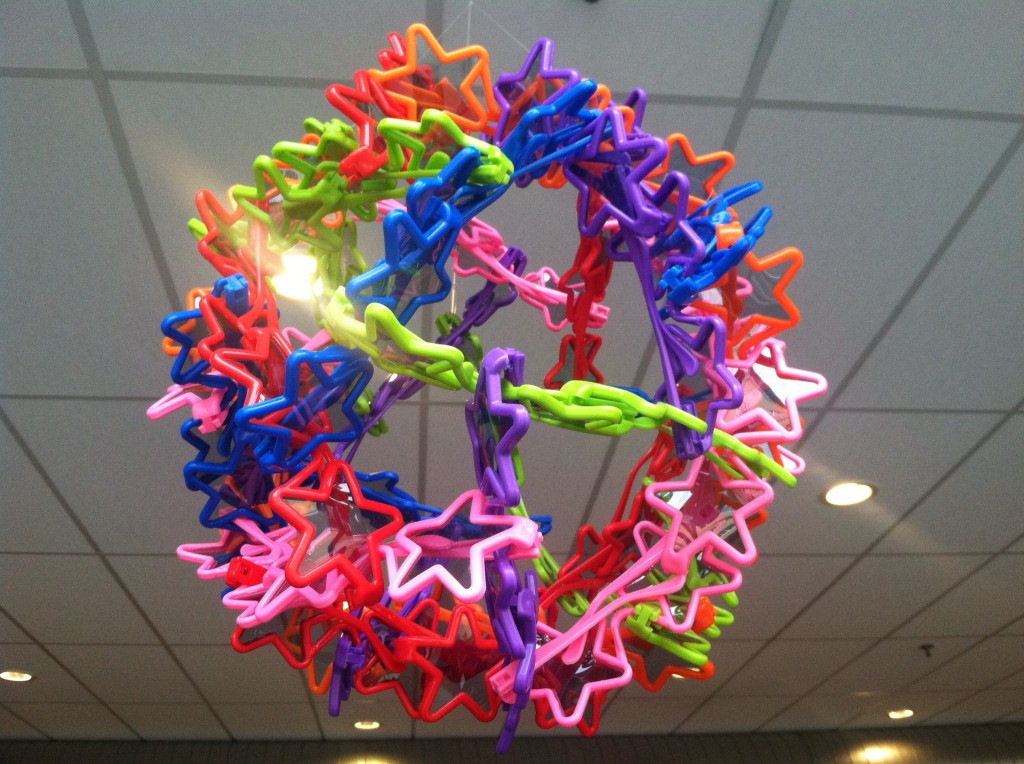