Long time readers of my blog might remember the Sand-pinski Triangle that I created on a previous trip to the beach. 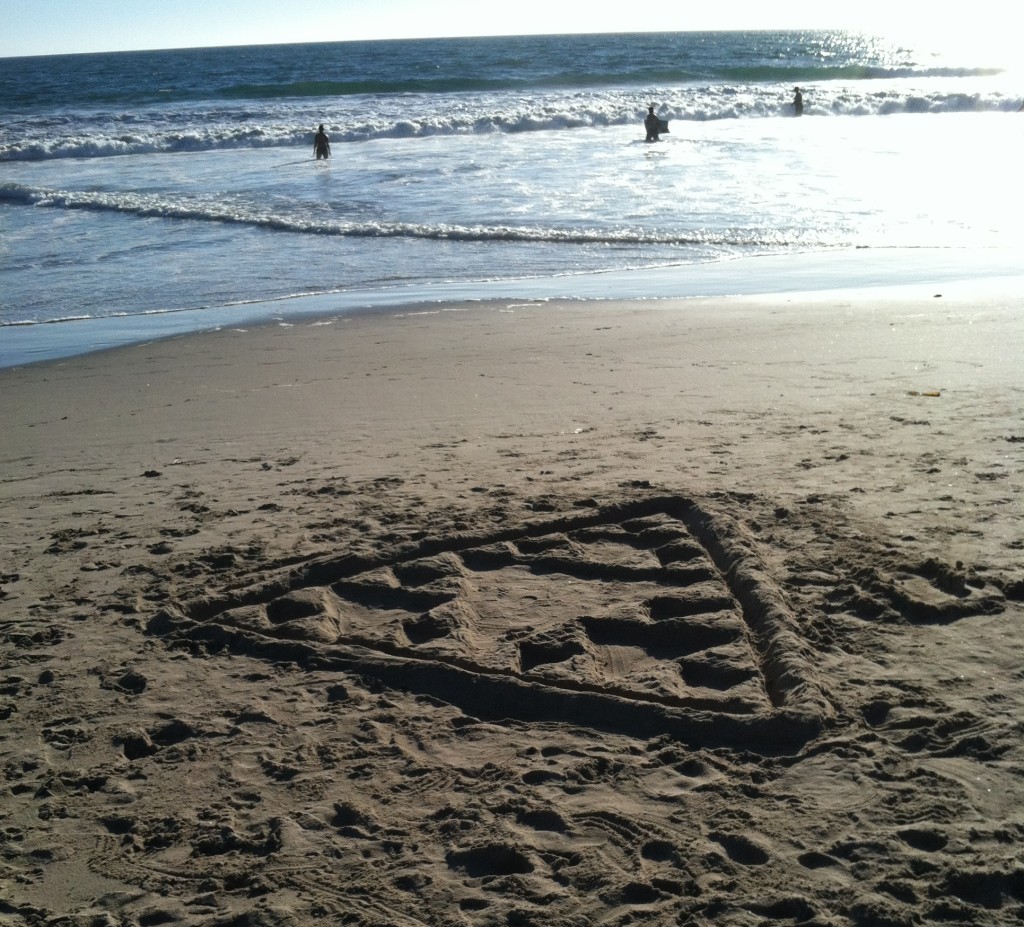 On my most recent beach trip, I hilled up some more sand to create a Sand Hill-bert curve. The Hilbert Curve is a fractal space filling curve discovered by David Hilbert. It’s shown up in line-enveloped form in my blog before. The Sand Hill-bert Curve is a third order Hilbert Curve, although I’ve taken the liberty of adding some ellipsis so that you know that it could keep going and filling all of space. 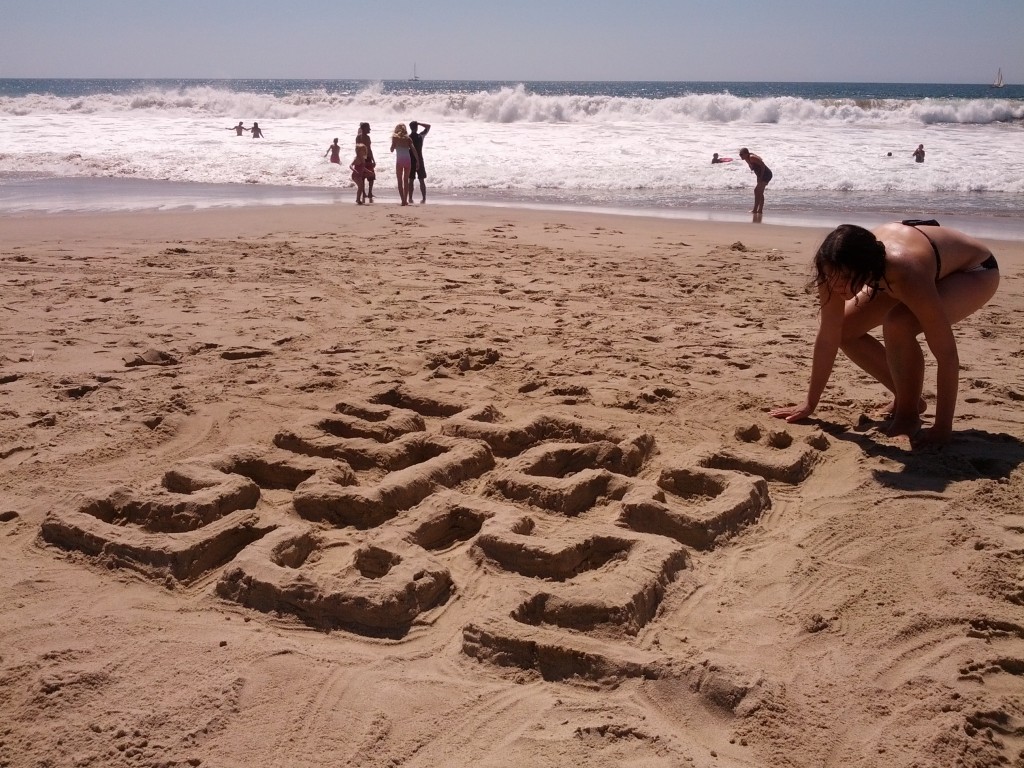 Although you can get a pretty good sense of the 3-dimensionality of the sand hill from the shadows in the picture, I love the effect created by this awesome 3D rendered animated GIF that Emily Eifler made for me. Also, there is something delightfully weird about the idea that the sand castle might be hollow.