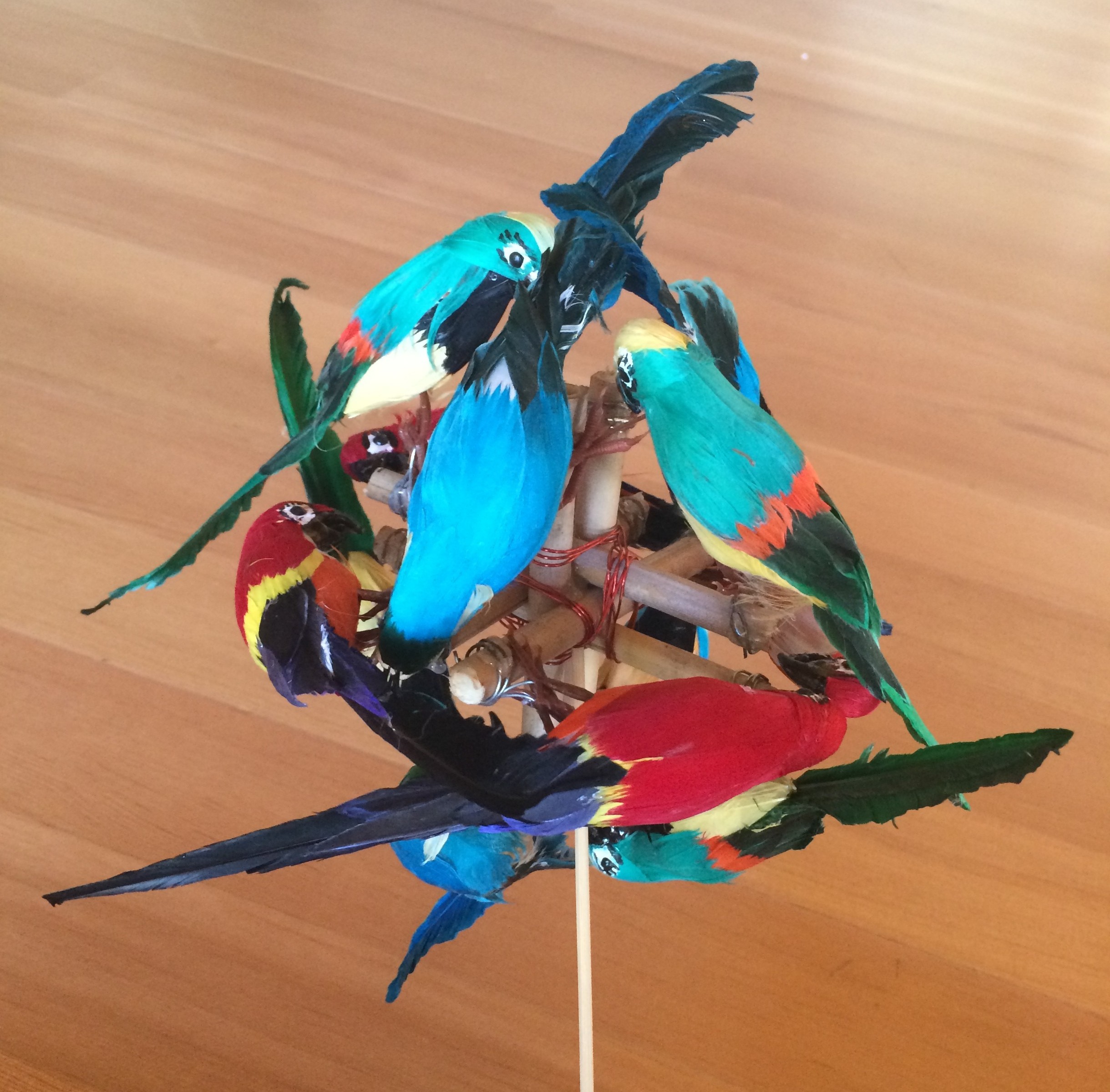 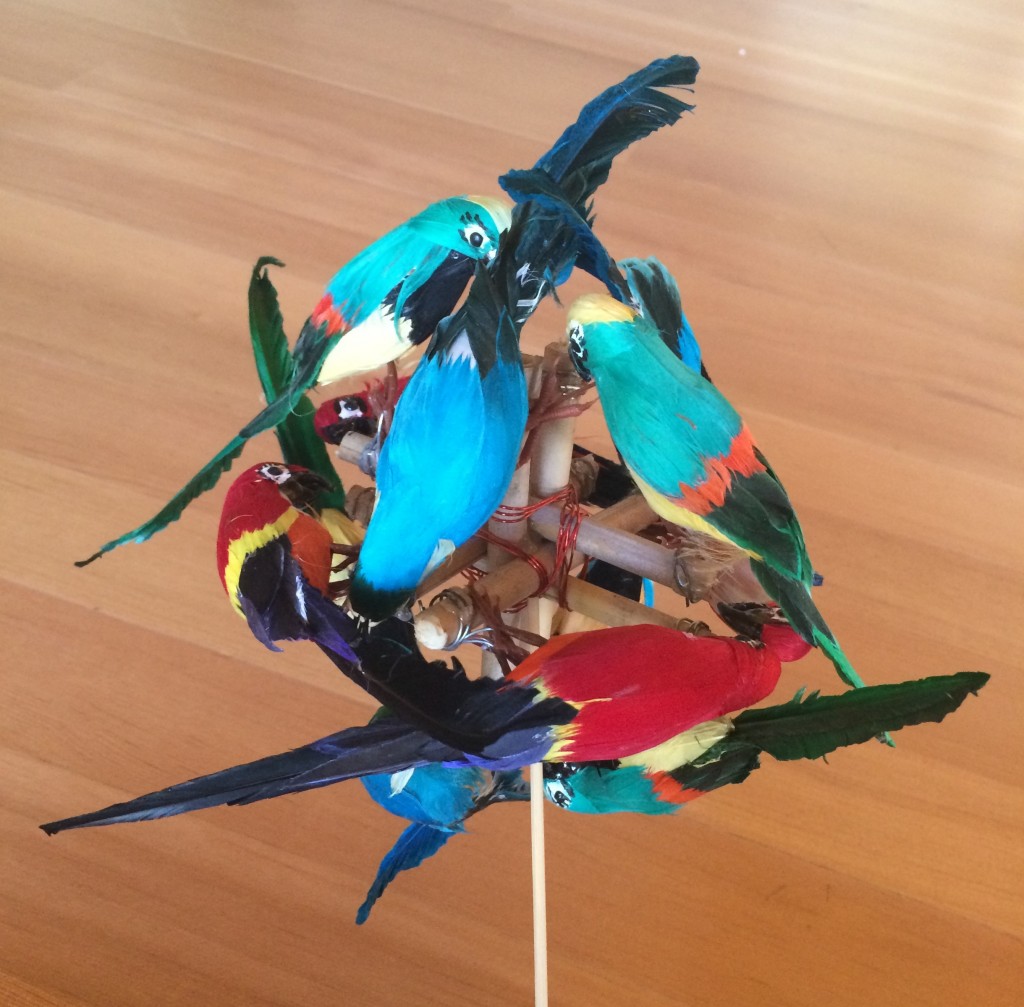 Last week, I looked out the window of my office and saw a parrot. Two of them actually. Apparently San Francisco is home to a wild colony of escaped (released?) Cherry Headed Conures. There is even a documentary about them, but somehow I had seen nor heard of them before.

Walking back to my desk, I had a moment of inspiration.

I needed to make a Parrotohedron.

The internet is kind of amazing, and I quickly found a website that would sell me parrots in 3 different colors for 39 cents apiece. I think they are supposed to be used as accents for floral centerpieces; I have no idea how anyone is making a profit selling them at that price.

A parrotohedron obviously needs to be pyritohedral, so I started by arranging six sticks pyritohedrally for my parrots to perch on. Then, I arranged 12 parrots (one per stick end) such that each parrot had a friend (and represented one face of a pyritohedron). 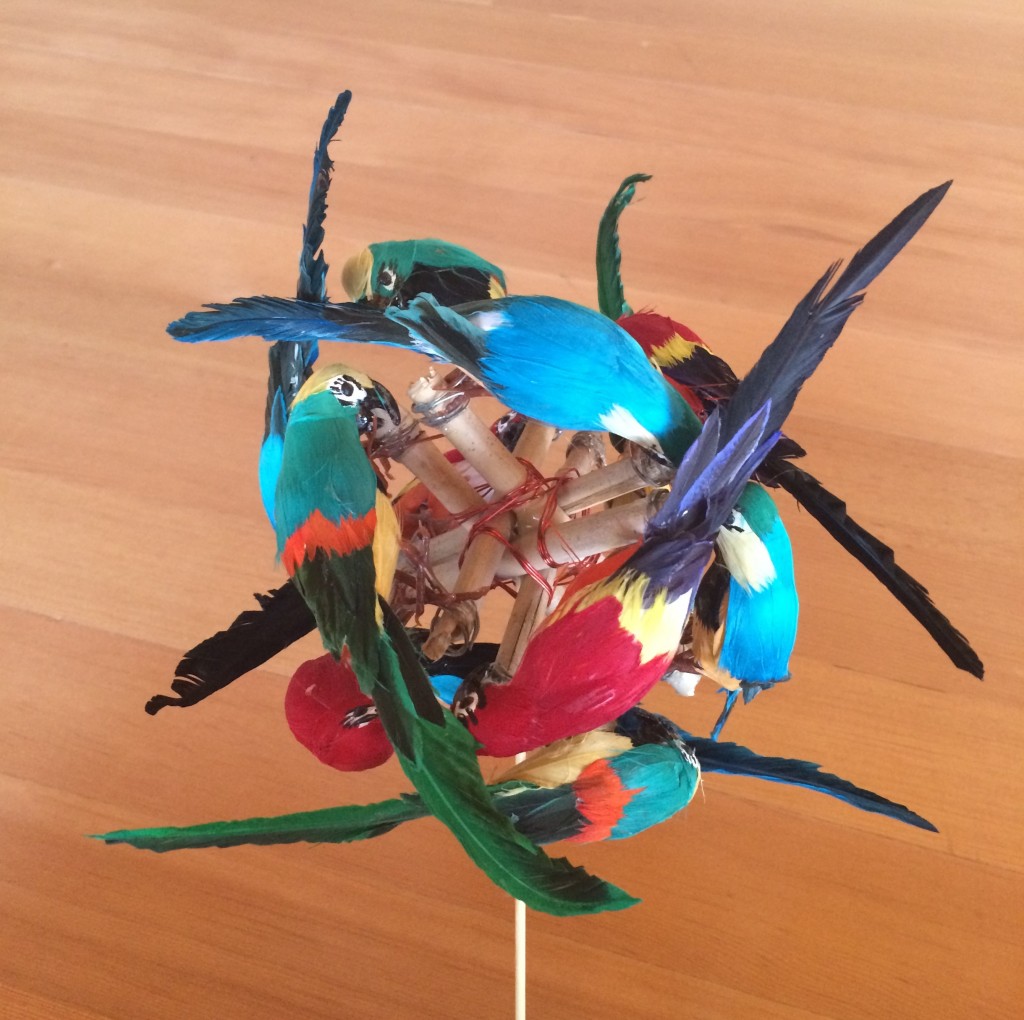 But will there be a pirate-ohedron? Only time will tell.

ps. Arrr. Where be my two-dimensional parrot?
pps. Polly gone.