was held at the end of March 2012. I had a really great time there, and, in addition to meeting lots of amazing people, learning a bunch of cool things, and seeing some astounding close up magic, also had the opportunity to put together a bunch of fun sculptures. Here are the three biggest projects that I contributed to.

This slide-together is my own design, based off of a pentagonal hexecontahedron. Zachary Abel and Brett Wines helped with construction. 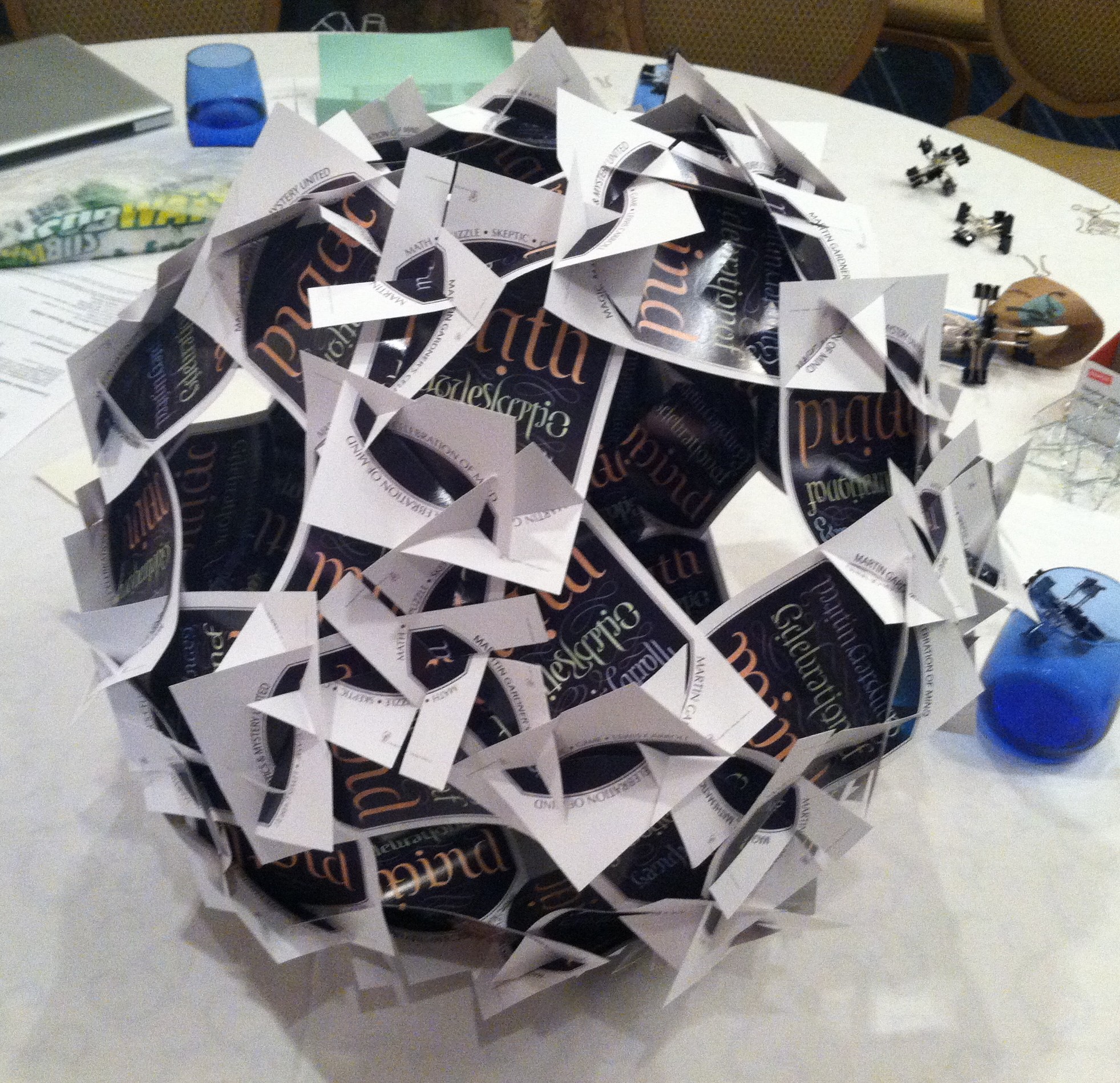 Finally, this giant rubber band structure with the balloons (based off of a snub cube with “tendrils”) was designed by Zachary Abel and put together by a large group people (I didn’t all the names).